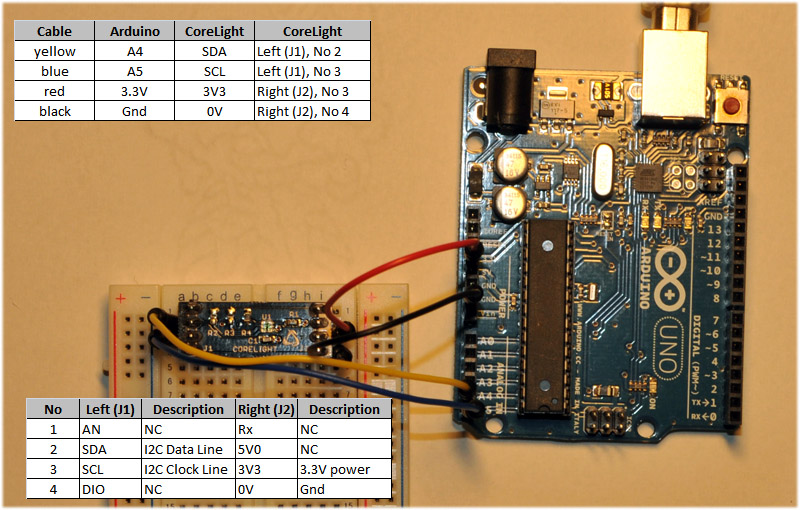 Topic: In order to display the measured voltage values graphically, the data need to be transferred to the computer.

Sample for measuring the light intensity 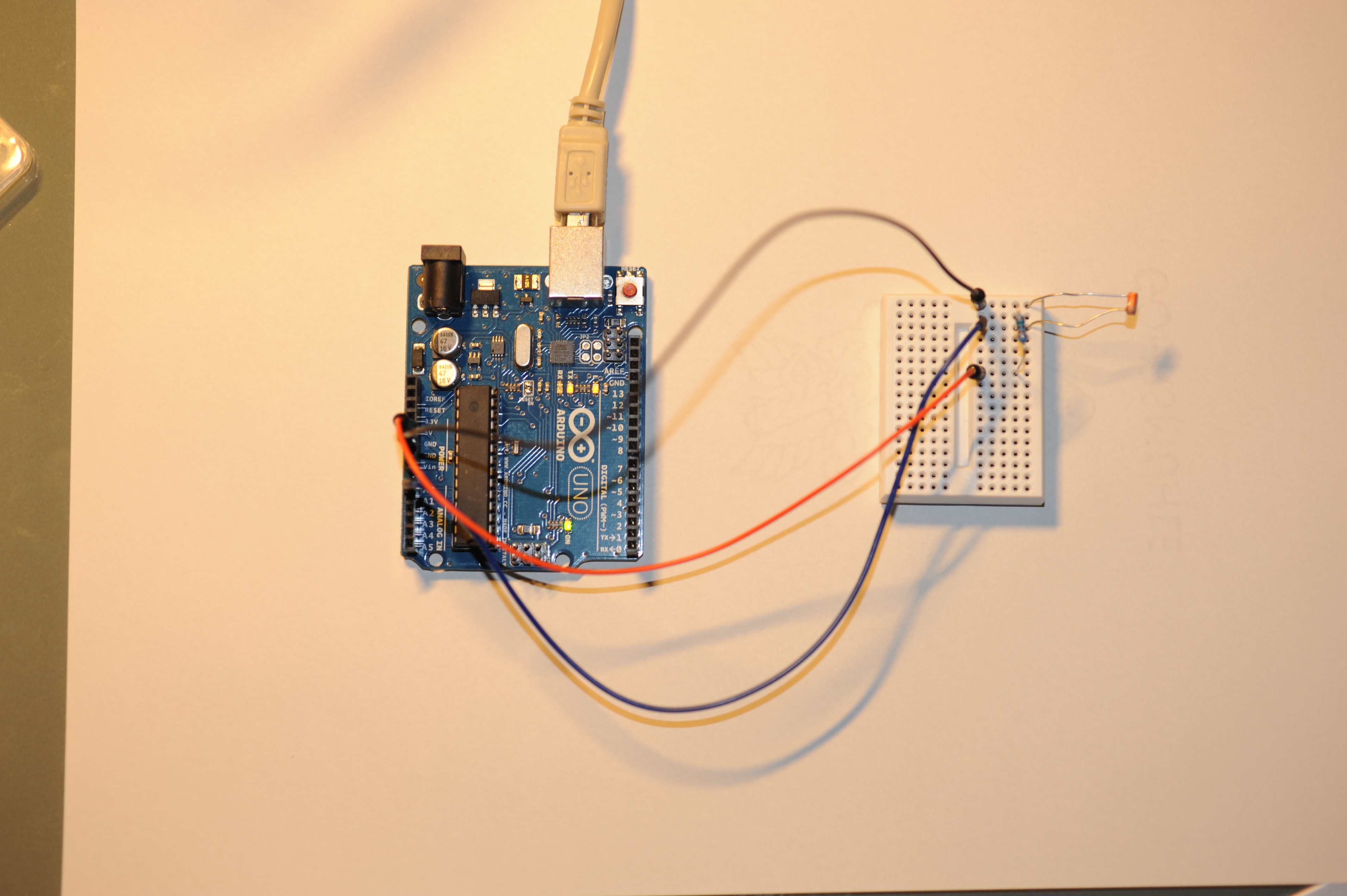 In order to transmit the data as quickly as possible (for having a good time resolution of the measurements),

the Arduino sketch has to be reduced to a minimum. All the evaluations are done on the main computer.

The Processing sketch on the main computer.

This is a modified sketch of a sketch written by Maik Schmidt.

Topic: This post is about measuring the reaction time of a (digital) camera. More precisely: The time difference between the trigger by cable release and the moment when the photo is taken. 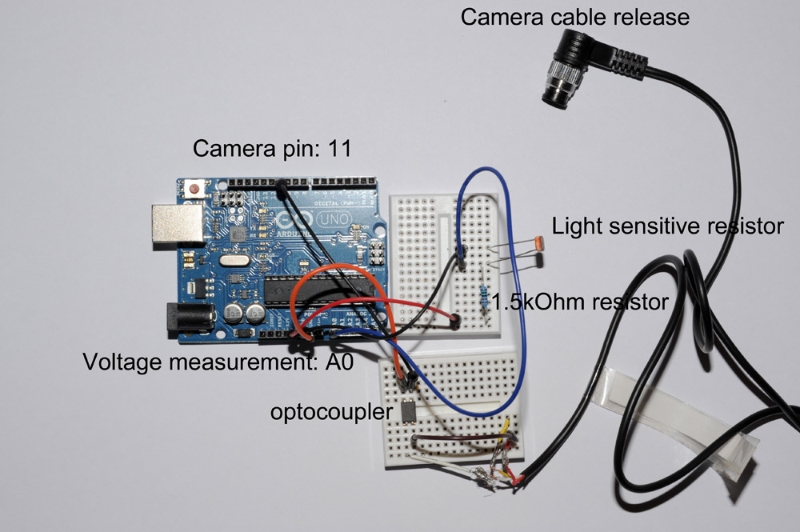 with s: distance from the height from which the object is dropped to a) the light barrier and b) the position on the photo.

The difference in the times for a) and b) is the reaction time of the camera.

I found that the results I got were astonishing reliable (see the standard deviation) and ended up with the following values:

The D200 with flash is significantly slower and cannot be used for my setup.

Arduino sketch for the control unit (for the connections see  in the Water drop photography section): 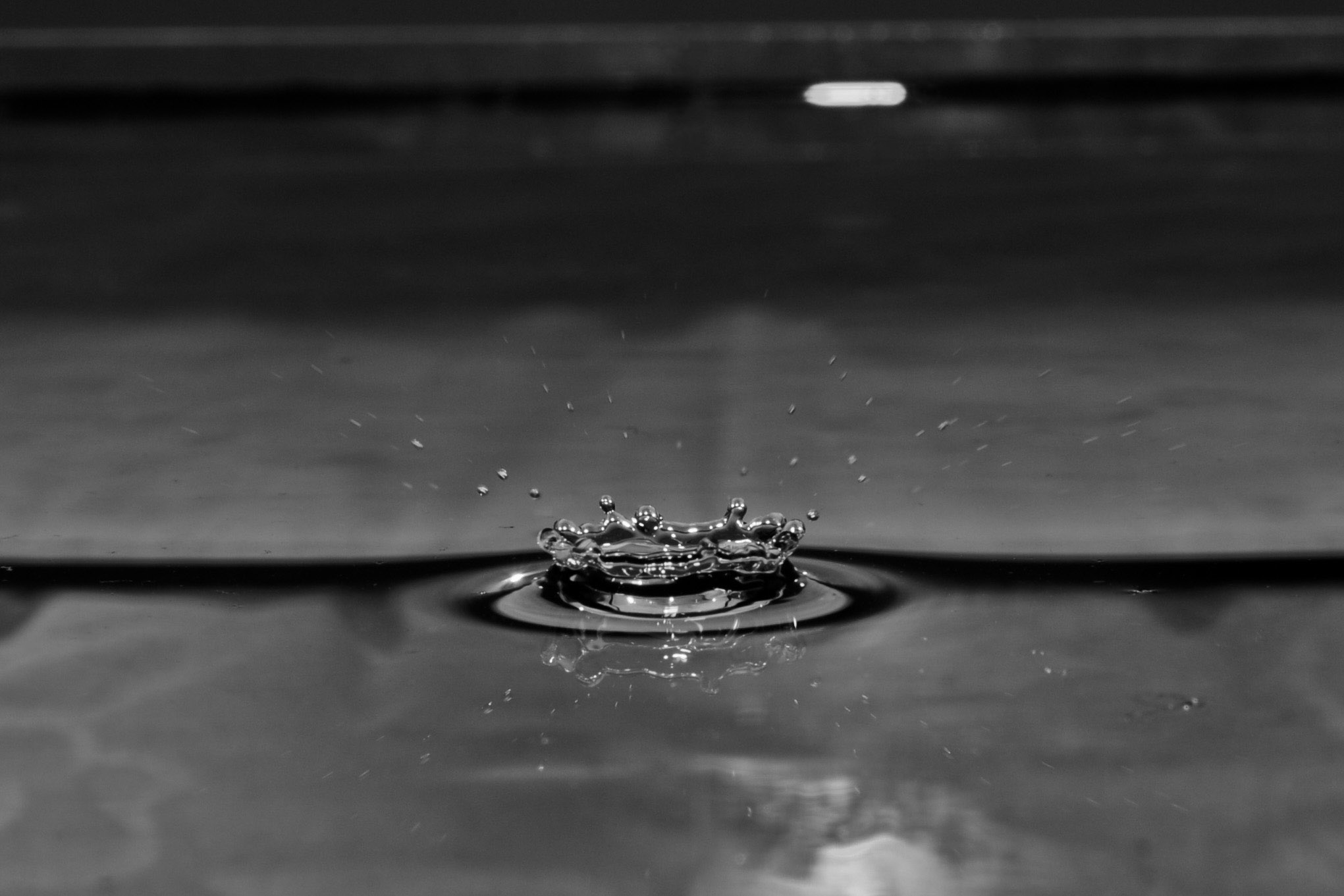